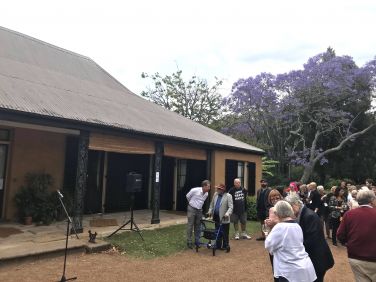 Out of place was the theme of the 22nd Symposium of Australian Gastronomy and I certainly felt out of touch when confronted with a sub theme of the conference. The Symposium activities were based at the Female Orphan School in Parramatta. I was initially confused by this name and only as the weekend activities unfolded did I learn of Parramatta’s role in Australia’s convict heritage. 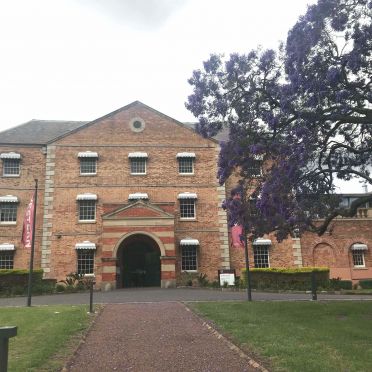 The Female (not women or girls) Orphan School was built from bricks made with convict labour in 1813. Its purpose was to house the daughters of convicts in an environment isolated from other, less moral, influences that were apparent in Sydney. Interestingly for us in New Zealand, the establishment of the orphanage was also in part the work of Rev. Samuel Marsden, the Anglican Missionary. The Female Orphan School was located near the Parramatta River and adjacent to Marsden’s farm. Marsden founded the first Anglican mission in New Zealand and travelled to Keri Keri seven times from 1814–1835. Marsden is recognised as the first person to plant grapes in New Zealand. 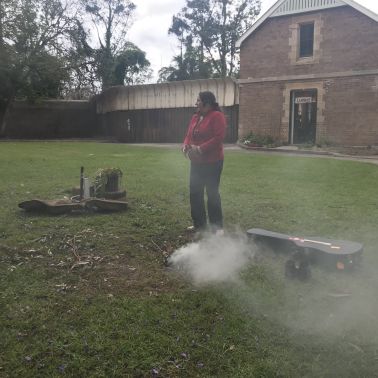 Dramatically, the conference “banquet” was held nearby at the Female Factory Precinct. Here we walked through a series of buildings that had housed over 5000 female convicts between the years of 1818 to 1840 when transportation was outlawed in New South Wales. It was then re-purposed as an invalid and lunatic asylum and later as an “industrial” orphanage and girls school until 1983. It is recognised as Australia’s longest operating state welfare institution and in more recent years housed over 20,000 children of Stolen or Lost Generations.

This is a daunting history by any reckoning. In 2010, Australia obtained UNESCO World Heritage status for 11 convict sites. http://www.parragirls.org.au/female-factory.php

We were welcomed to the precinct with a traditional Darug fire and address by local identity, Jacinta Tobin, descendant of the local Burramattagal people. Burramutta (Parramatta) is the meeting place of the fresh water river and the salt-water people. We were served fresh Burra (eel) from the Mutta (creek) at an earlier reception at the Elizabeth Farm and here; a kangaroo had been marinated in red wine and cooked off as an appetizer. 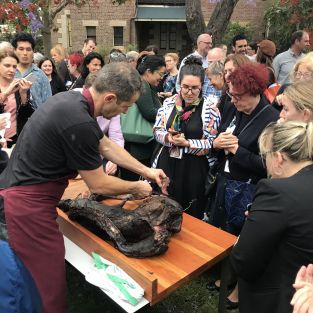 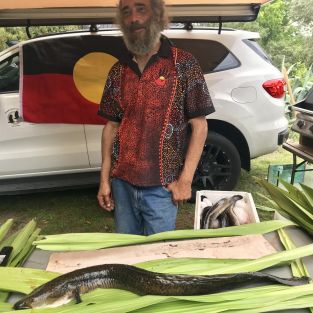 In the laundry, (think Magdalene laundries) we were treated to porridge and liver, served by young women who had been instructed not to smile or engage with us.

Fortunately, they indulged us and when we walked out a back door, a banquet had been set under a long cloister with white tablecloths and wines from New South Wales and the region of Mudgee. Chef, restaurateur and Australian food icon, Gay Bilson gave the keynote address. 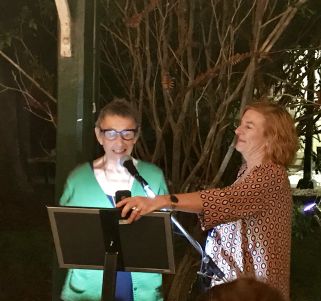 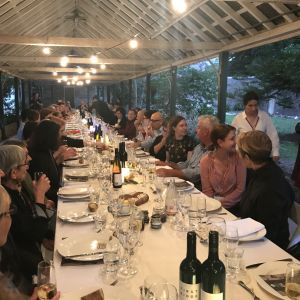