Dining room of Napoleon III at the Louvre

WHO WAS NAPOLEON III?

It may seem strange to the French, but I know in New Zealand, many people are often confused by the history of the two Napoleons and how they fit into the grand context of French history. When visiting Paris, it is easy to mix them up especially Napoleon III, who came to power in the 1850s, over thirty years after the abdication of Napoleon I. 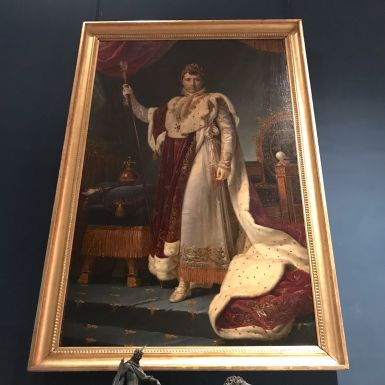 Portrait of Napoleon I in the Louvre.

In 1848 Louis-Napoleon Bonaparte, nephew of Napoleon I, was elected President of the Republic of France. In December 1851, he staged a coup d’état  dissolving the government and subsequently took the title, Emperor Napoleon III. This period is known as the Second Empire, from 1852 to 1870, when it collapsed following the war with Prussia and internal revolt. 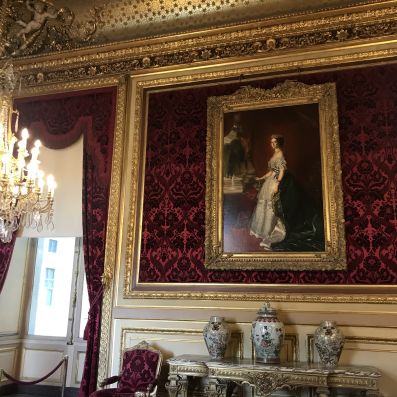 Portrait of Empress Eugenie, wife for Napoleon III, in the Louvre Apartments.

As ruler, Napoleon III had a great vision for a modern Paris and instigated large public projects to transform and regenerate the city. Under the guidance of Baron Haussmann, the centre was rebuilt with large avenues or boulevards and new buildings of similar height and style replacing the old. During this time major public buildings including the Gard du Nord and Paris Opera were built. The style of design is also referred to as Second Empire. 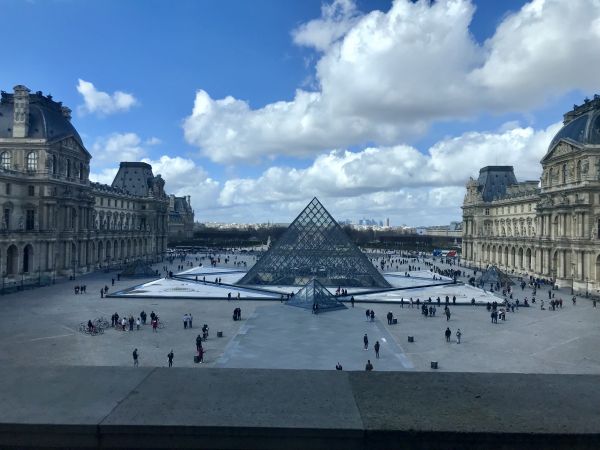 The Louvre, to the right is the Richelieu Wing that includes the Napoleon III apartments.

In 1793, following the French Revolution, the Louvre Palais became a museum. Adjacent to the Louvre was the Palais de Tuileries where the kings and emperors lived. In 1871, the Tuileries was a casualty of the fall of Napoleon III as the palace was burnt down in the public revolt and never rebuilt. Today its foundations lie across the open space that leads visitors to the Louvre’s Pyramid.

Many visitors to the Louvre do not realise that during the reign on Napoleon III, new additions were made to the Louvre as it was intended to house the administrative departments of government as well as a museum. From 1853 over 3,000 builders and 150 sculptors worked on the site for over five years. 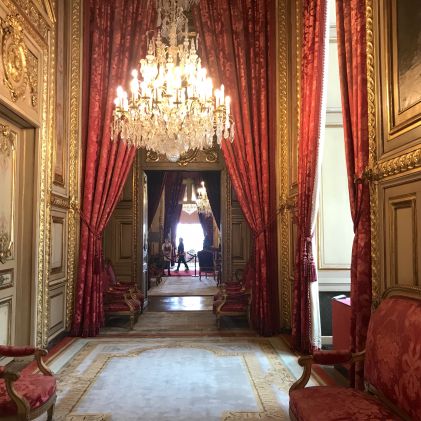 Entrance to Napoleon III apartments at the Louvre.

Today, you can view the apartments of Napoleon III, built during the 1850s in the Louvre’s Richelieu Wing on the northern side of the complex. These rooms, full of chandeliers and ornate soft furnishings, carpets and furniture capture the expression of décor the Second Empire. The apartments include reception salons, dining rooms and bedrooms. 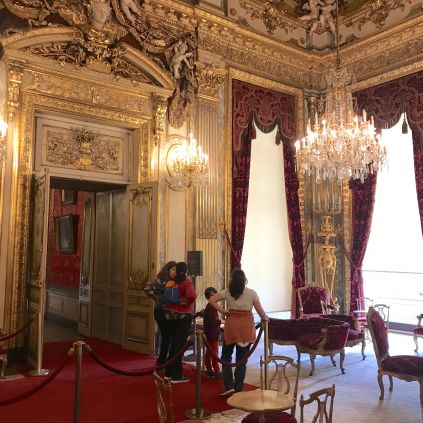 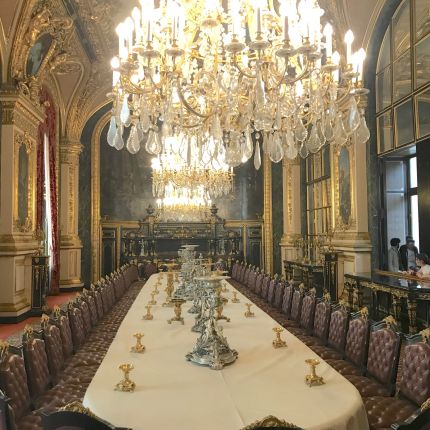 Looking into the dining room. 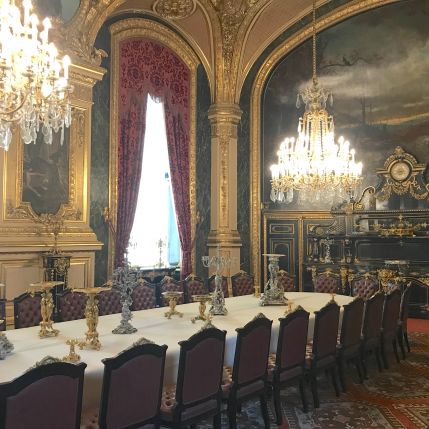 The dining room, with seating for 50 around a grand table, displays a collection of silver candelabras made by Christofle, luxurious furnishing, on the ceiling you can see an ornate fresco which symbolises the opulence of this era. 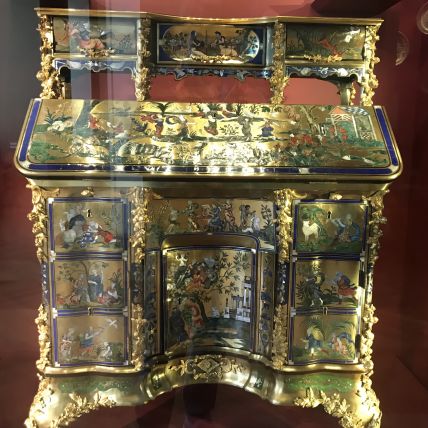 Ornate cabinetry on display in the RIchelieu Wing.

From our knowledge of the French wine world, it is important to recall that the Great Exhibition of 1855 was Napoleon III’s showcase to the world of France’s economic success. It was here, that the classification of the top estates of Bordeaux was collated based on the historic prices fetched for their wines. This list is now referred to as the 1855 classification. At the time, it was just a list, and no one would have imagined that it would remain unchanged (except for one estate) and still dominating the international world of fine wines over 150 years later.