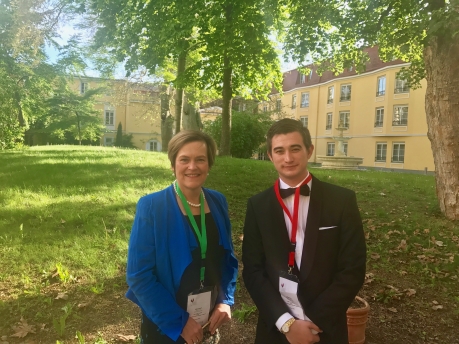 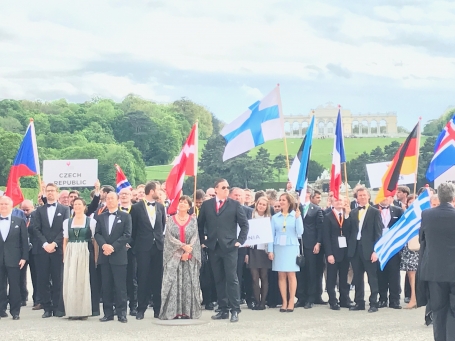 The opening ceremony commenced with a parade lead by a military band in full regalia. In formal attire, candidates from each competing country carried their flag, followed by the competitors, presidents and through the Linden-tree lined gardens of the Schönbrunn Palace, the summer residence of Hapsburg dynasty. 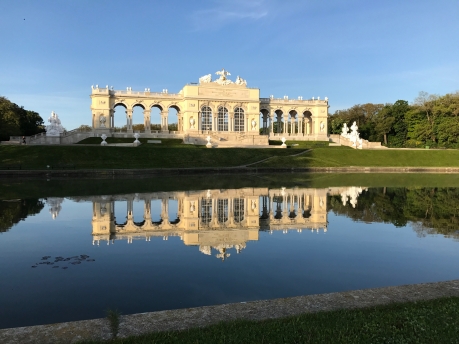 We assembled in front of the majestic palace, which sits on 185H of gardens, including a zoo and looked south up towards the famous Gloriette.This is a structure was built in 1775 to commemorate the victory of Empress Maria Therese over Frederick II of Prussia. The Gloriette sits on top of a hill that looks down to the Schönbrunn Palace and offers panoramic views of Vienna. It is flanked by newly restored sculptures that glisten in the sun, a reflecting pond, manicured lines of linden trees. 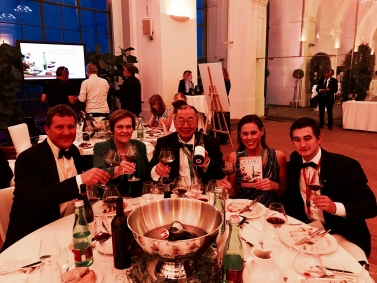 The official opening, followed by the Welcome Dinner took place in the Orangerie, a reception room adjacent to the Palace. At the Dinner, Dion and I joined Sarah Andrew, representing Sommeliers Australia and the legendary Tommy Lamfrom Singapore along with our Austrian winemaker host, Franz Turk from the wine region of Kremstal. 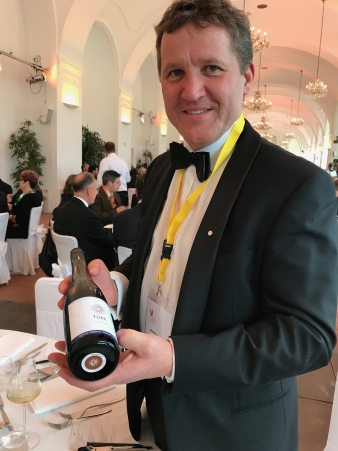 Franz Turk presenting his Gruner Veltliner at the opening dinner. 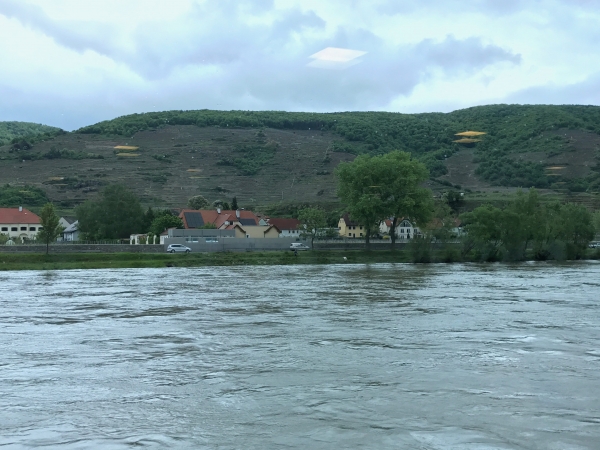 The next morning we head off by bus to a port along the Danube to join a cruise up river toward the famous wine growing region of Wachau. In the photo above, you can see the vineyards that flank the steep banks of the Danube. Wachau sits outside to the Austrian Appellation system and the wine growers have their own style categories:

Laurent and Blaufränkisch and has the most red vines planted in Austria. C 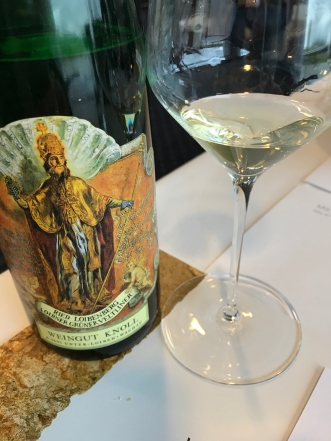 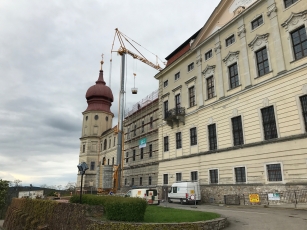 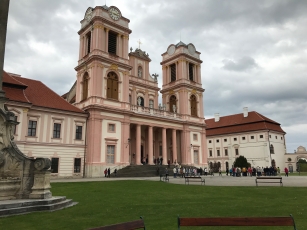 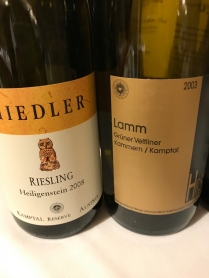 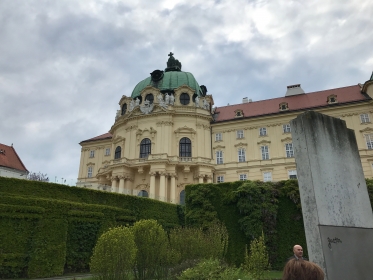 In Vienna, not only did we get to watch 37 sommeliers compete for the top prize but were treated to an exceptional showcase of Austrian wines. In New Zealand, we know something of the prized Austrian white grape Gruner Veltiner as our winemakers experiment with a New Zealand style. In Austria, I was able to try many different styles of Gruner including wines aged in old oak casks, others in new barriques, some sparkling made in the traditional method to exceptional sweet wines. For reds, the Austrians are very proud of their traditional grape Blaufränkisch which produces wines of dense colour, firm tannins and acidity and is highly rated. Zweigelt is a crossing between the St.