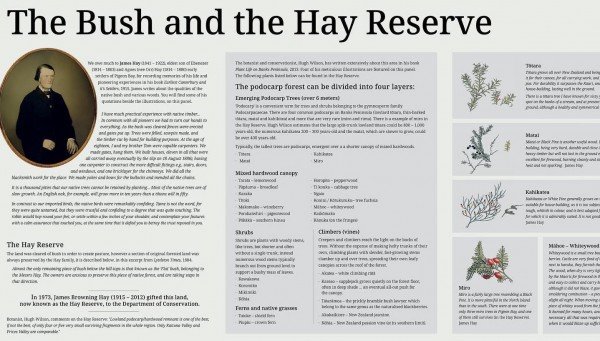 The photo on the historic interpretation panel is of James Hay taken around 1860 when he was about 20 years. James was a skilled bushman and learnt much from local Maori of how to survive in the bush.. After the death of his father in 1863, James continued to farm Annandale with his brother, Tom until 1897.

The farm was then split between his only child, Campbell and his nephew Ebenezer, son of Tom and Hannah. For the last years of his life, he lived with his wife Jeannie (Campbell) at Turrett House, Bealey Ave, Christchurch and devoted countless hours to writing his book, Earliest Canterbury. This is the source of many of the quotes on this panel. 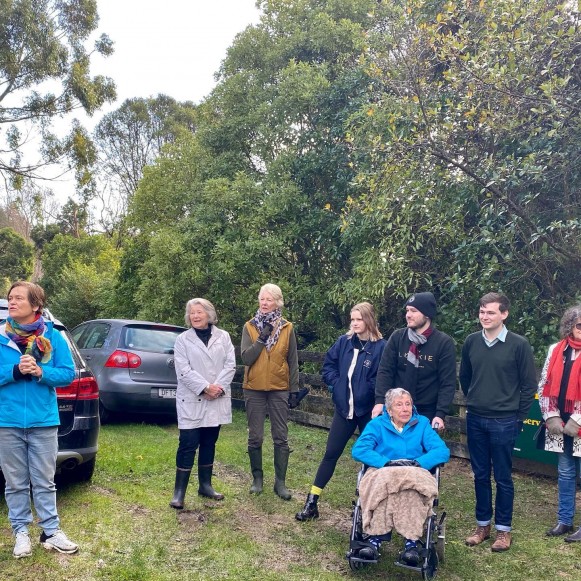 For some months I have been working on a side-project to celebrate the magnificent indigenous trees and plants in the Hay Reserve, Pigeon Bay, Canterbury, New Zealand. In the picture above, I am speaking at the entrance to the Hay Reserve with family around. We also celebrated June Hay’s 90th birthday over this weekend. It had just stopped raining before we started our walk around the track. 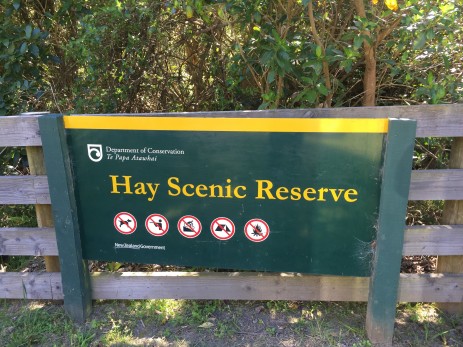 On July 11 2021, we unveiled an interpretation panel to give context to the reserve that, according to botanist and conservationist Hugh Wilson, is a remnant of lowland podocarp/hardwood and “one of the best, if not the best, of only four or five very small surviving fragments in the whole region” of Banks Peninsula.

Hugh estimates that the numerous kahikitea trees are between 200 - 300 years old, the matai trees over 400 years old and the totara - and especially the large split trunk totara could be 800 - 1000 years old!In the panel, I have quoted extensively from James Hay's book Earliest Canterbury (1915). For the last years of his life, he lived with his wife Jeannie (Campbell) at Turrett House, Bealey Ave, Christchurch and devoted countless hours to writing this book. 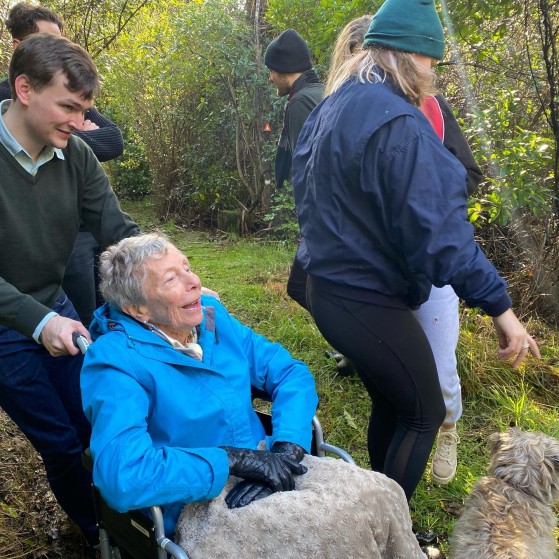 Oliver and other willing helpers push June Hay through the Hay Reserve. She is celebrating her 90th birthday.

We are grateful to the local team of the Department of Conservation to install three seats in the bush along with the interpretation panel at the front entrance.