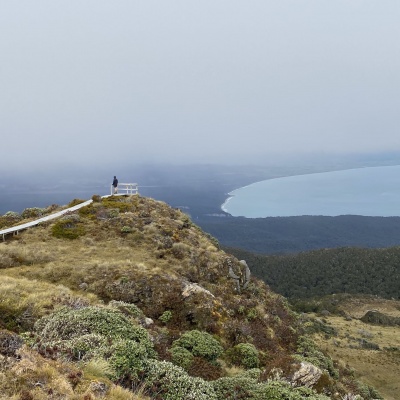 New Zealand’s Great Walks have enchanted and exhausted countless kiwis and international visitors over many decades. The most recent addition that officially joins the network of tracks in 2022 is the Humpridge, located along the southern perimeter of Fiordland National Park. 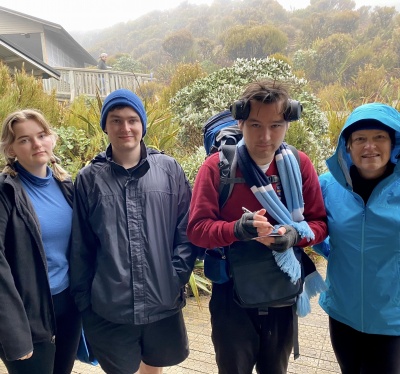 In the few days before Christmas 2020, I have been joined by my three children, Oliver, Daniel and Alice to discover the challenges and knee-strengthening exercises involved in climbing from sea level to 1000m on Day 1 and then back down again on Day 2 via copious wooden stairs, along with moist Southland mud and our favourite New Zealand beech tree roots. Day 3 took us along the coast, at times walking on the golden sands with views of Stewart Island. 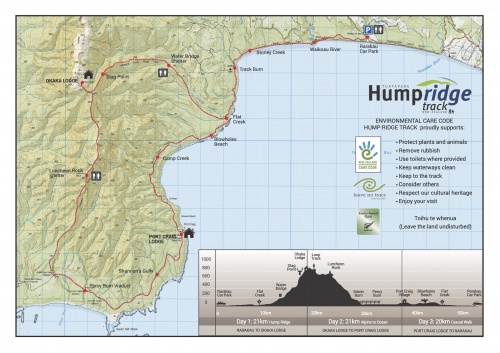 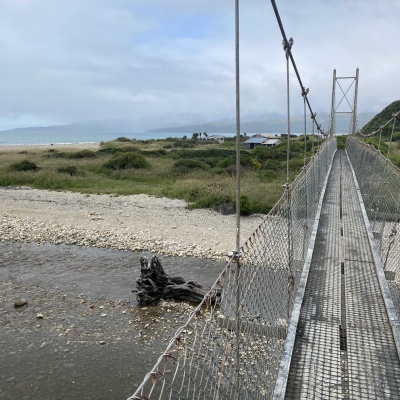 The Humpridge Track is steeped in history. It is unique as a private track, run by a community trust within a national park. This dates back to the closure of 4 timber mills in the 1980s when logging ceased in this area. The track also incorporates the historic forestry settlement of Port Craig which operated an innovative forestry business from 1916 until its collapse in 1928. Left behind are 4 historic wooden viaducts, restored in the 1990s, which hikers traverse plus a line of railway sleepers that formed a tramline used to maneuver logs to Port Craig.

Today you can see remnants of the settlement including the old school house, now a Department of Conservation Hut used by hikers, the derelict wharf and breakwater that faces south toward the Southern Ocean and the strong westerly winds found in the Roaring 40s. On a good day, you can see Hector’s Dolphins playing in the shallows of Te Wae Wae Bay.

The nearest township is Tuatapere in West Southland. The nearest airport is Invercargill. 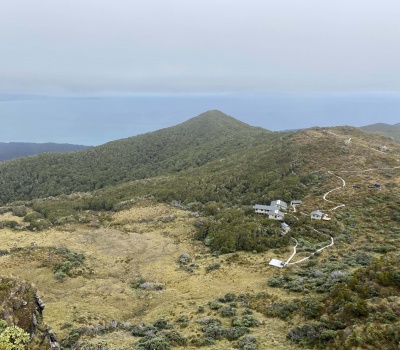 Looking down on the Okaka Hut (Day 1) with a view over Te Wae Wae Bay towards Invercargill. You can see the boardwalk track curving around the hilltops. 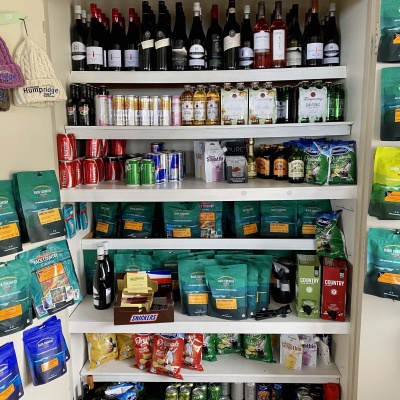 Okaka Hut is well supplied with snacks and meals including bottles of wine! 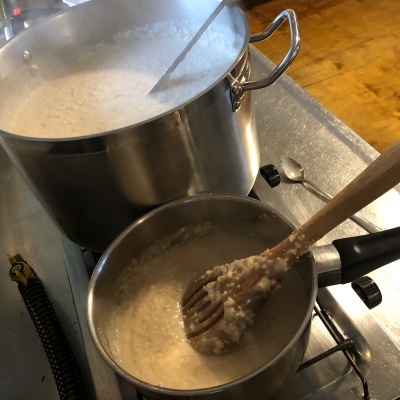 The wardens specialise in making porridge for breakfast for all guests and including dairy-free options. 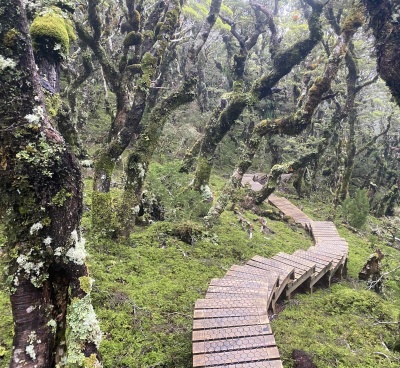 Day 2. Walking back down through native beech trees covered in moss via a network of steps, board walks and Fiordland mud. Quite a day from 1000m back to sea level. 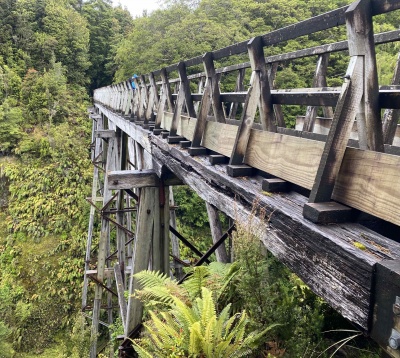 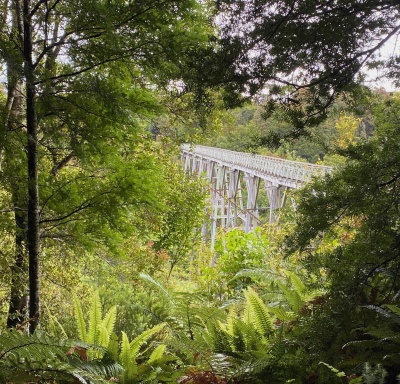 The Percy Burn Viaduct is the largest Viaduct was repaired by the Port Craig Viaducts Charitable Trust  with funding and support from the local community in the 1990s. 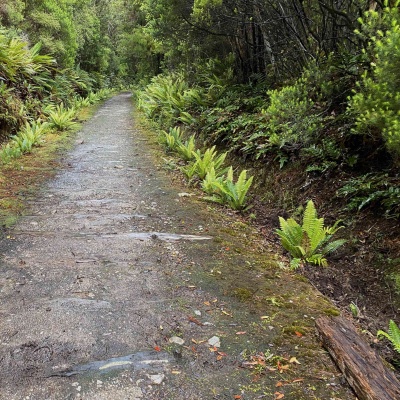 Timber sleepers line the tramline that originally extended for over 14 kms. The bolts remain, sticking up from the old Australian hardwood timber. See DoC. 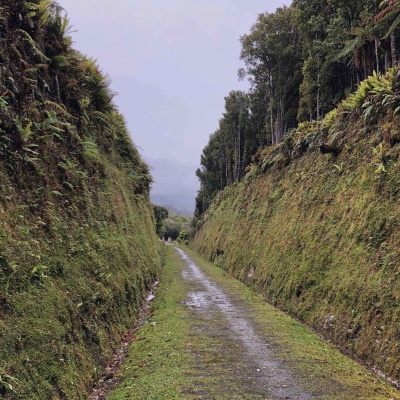 Port Craig, originally called Mussel Beach, was founded as logging settlement by the Marlborough Timber Company in 1916. The founding directors included Daniel Reese, whose daughter-in-law, Barbara was the godmother of my husband, Allan. At the Port Craig Hut, we stayed in the Daniel Reese bunk room.

The business collapsed in 1928 and today you can view remains of the wharf, the magnificent wooden viaducts and tramline built to move the felled trees back to the port for shipping and bits of equipment.

Information about the history of Port Craig is well documented along the trail. This has been drawn from Bird, W. (1998) Viaducts Against the Sky, Craig Printers and Publishers, Invercargill. 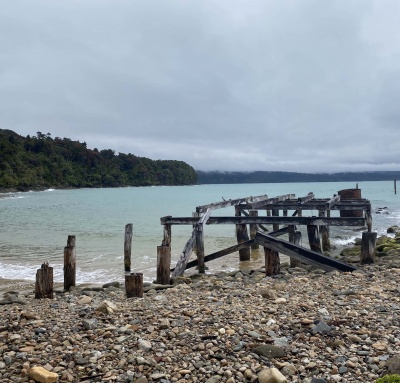 Port Craig's remaining wharf piles project out into the sea. 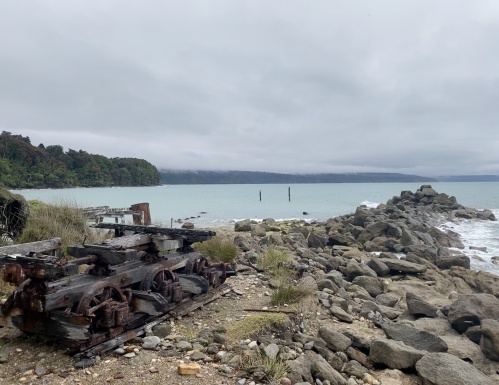 Remains of a wagon was used to carry rocks to help form the breakwater, adjacent to the wharf. 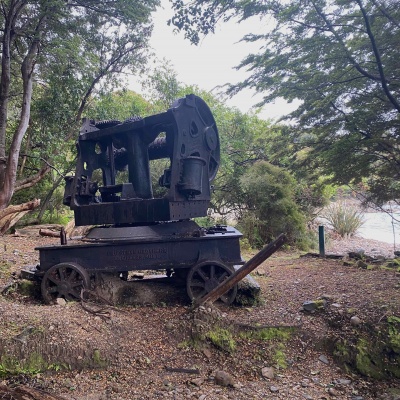 This mobile winch that moved along the tramline was made in Hull, UK. This cast iron machine is still holding up to the southern weather after nearly 100 years on this beach. 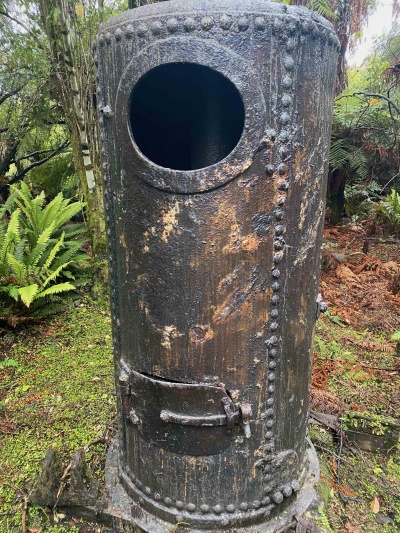 Boilers were used to dry beach sands which were then sprinkled on the greasy rails to aid traction.

There is a second track option along administered by the Department of Conservation. The South Coast Track follows along the coast to Port Craig, where there is a DoC hut in the old school house. The walk continues along the old tramway line to the Wairaurahiri River through regenerating podocarp forest. Along this track, you will see all 4 viaducts. 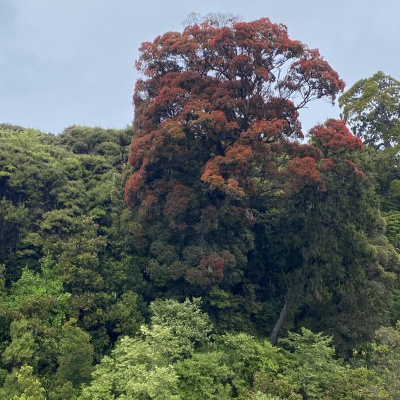 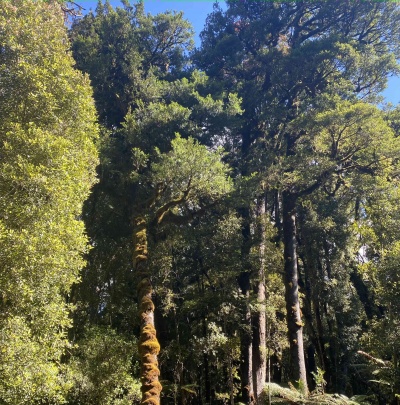 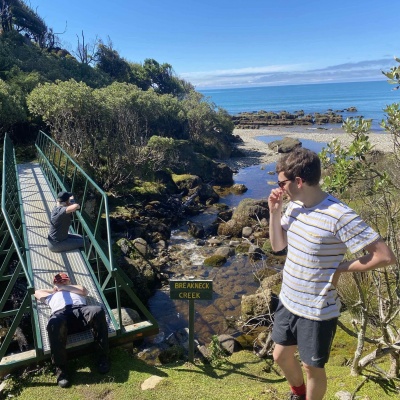 At Breakneck Creek, we again start walking along the beach. 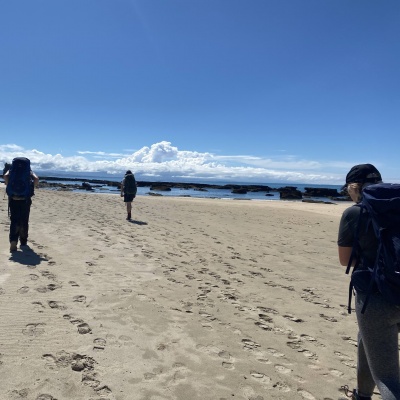 Walking along beach towards the Flat Creek swing bridge and the conclusion of the trek at Rarakau.

This is not an easy track as climbing up 1000 meters on one day and then walking back down to sea level on the next day takes energy and fitness. On the southern tip of New Zealand, the weather is very changeable and while the photo above shows blue skies, on the previous day, it was raining and completely clouded over and we had no view for our descent from 1000 meter. But then, that is the magic of nature.

New Zealand’s Great Walks have enchanted and exhausted countless kiwis and international visitors over many decades.

Wrapping up for Christmas...

Our Level 5 Diploma students planned, developed and designed a menu of contemporary bistro dishes that could be served in an Auckland restaurant.