Kyoto, the ancient capital of Japan, it is crammed full of notable buildings, temples, beautiful gardens and its food delicacies and sake offer another unique experience. As hosts of the ASI Asia Oceania Sommelier competition, we were very fortunate to be based at the famous Kyoto Hotel Okura, located near the Imperial Palace gardens and the river, Kamo. Autumn in Kyoto is a favoured time to visit - not too hot and not too cold.

The programme was a mix of competition along with cultural activities, visits to sake breweries, wine tastings of Japan's growing local wine industry and spectacular feasts of Japanese kaiseki cuisine.

The Japan Sommelier Association has over 16,000 members and hosted the inaugural competition in 2009.

Founded in 1969, today the Japan Sommelier Association  is committed to enrich the knowledge and skills of all its members and offers professional certification, sake qualifications, a monthly magazine ‘Sommelier’ as well as regular master classes held in its 39 regional branches. 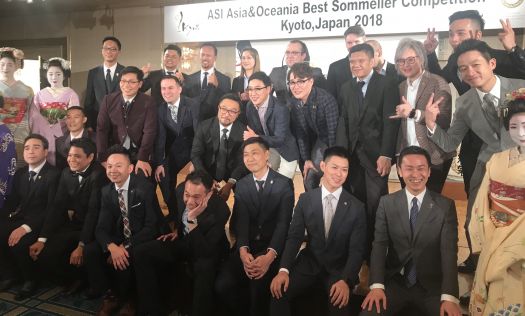 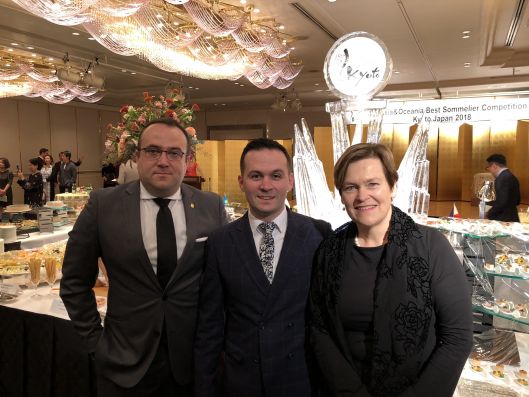 First task was a written exam and blind wine tasting. Meanwhile the other guest were taken to Gekkeikan Sake Brewery in the Fushimi area Kyoto. 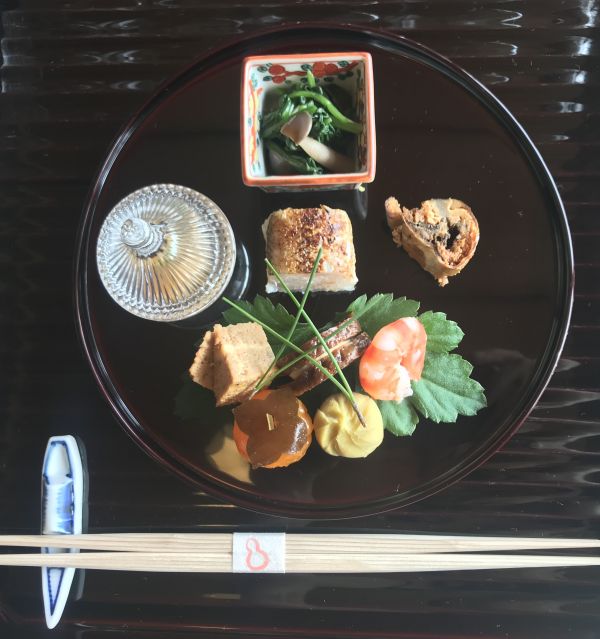 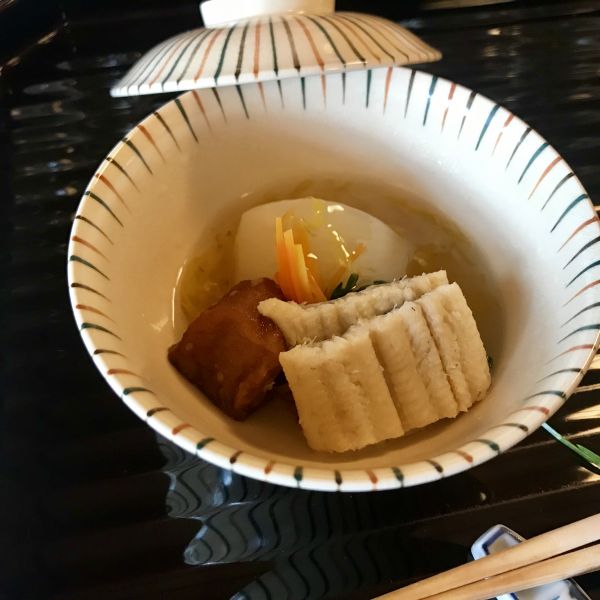 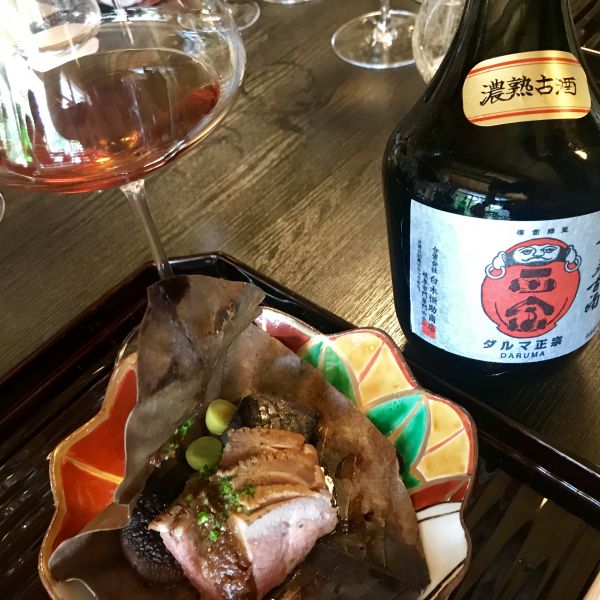 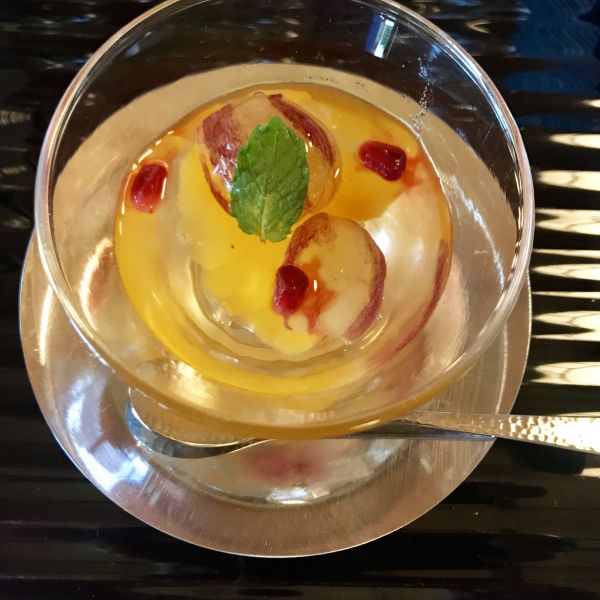 Mizumono - a dessert of persimmon, Budoh grapes and pomegranite in a delicate jelly

This was followed by a visit to home of Suntory Whisky and its original Yamazaki Distillery.  The tasting and welcome was introduced by vice-chairman of Suntory Holdings, former chief blend and grandson of the founder of Suntory. 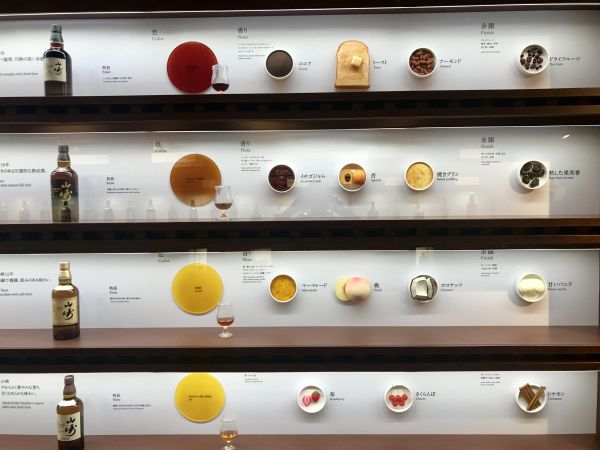 In this photo, you can see the different flavours and aromatics of each Suntory whisky style.

Dinner was at Chouraku-kan (chourakukan.co.jp) where the semi-finalists were announced. And naturally I am delighted to say that both Marek and Andrea made it into the semi-finals. 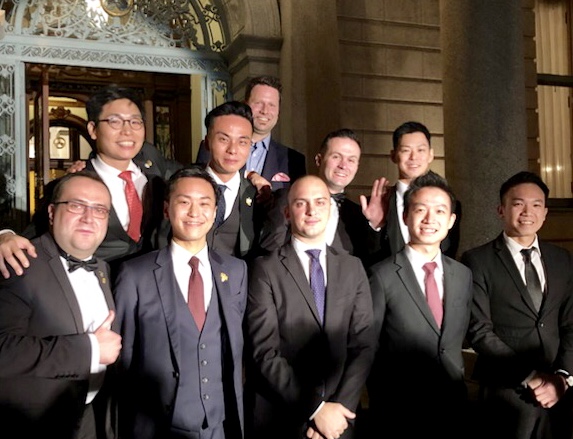 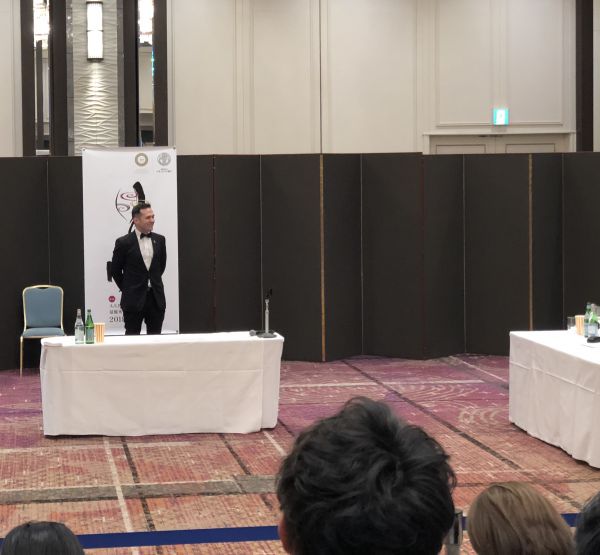 Andrea Martinisi (New Zealand) waits before the judges to blind taste one white wine, one red wine and 3 spirits in served in black glasses. 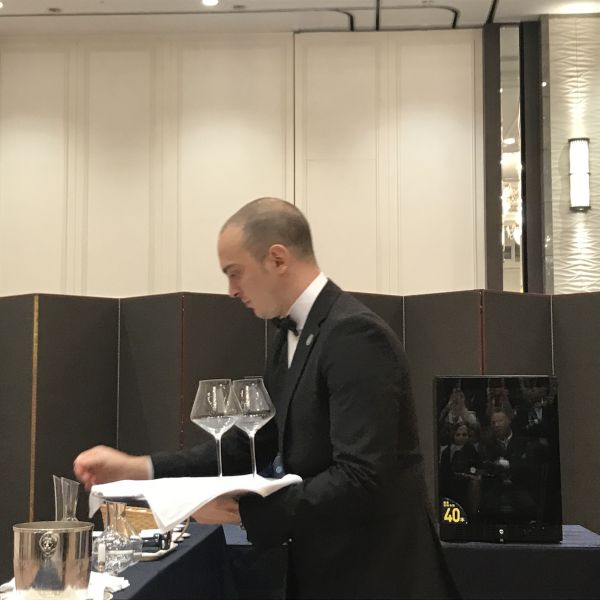 Mattia Antonio Cianca (Australia) prepares for to present the Sancerre - but is it blanc or rouge? 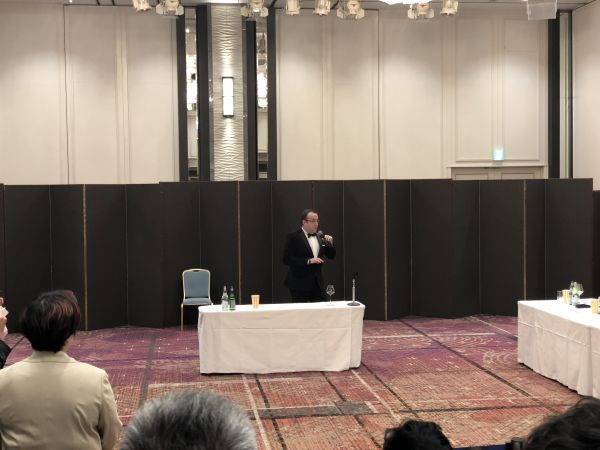 Marek Przyborek (New Zealand) during the verbal blind tasting before the judges.

Visit and luncheon at the Heian-shrine 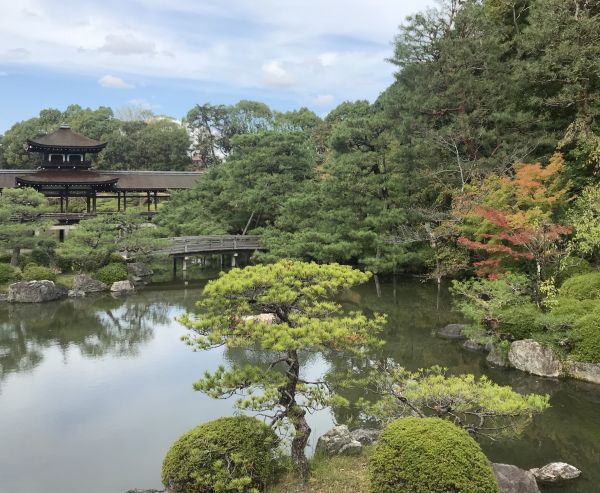 Founded in 701, the Matsuo-Taisha temple is one Japan's oldest Shinto shrines and enshrines the deity of water, which sake-brewing families have worshipped for centuries. The pure spring water is highly valued and many local sake and miso producers would come to the shrine each year to pray that their product would be blessed. 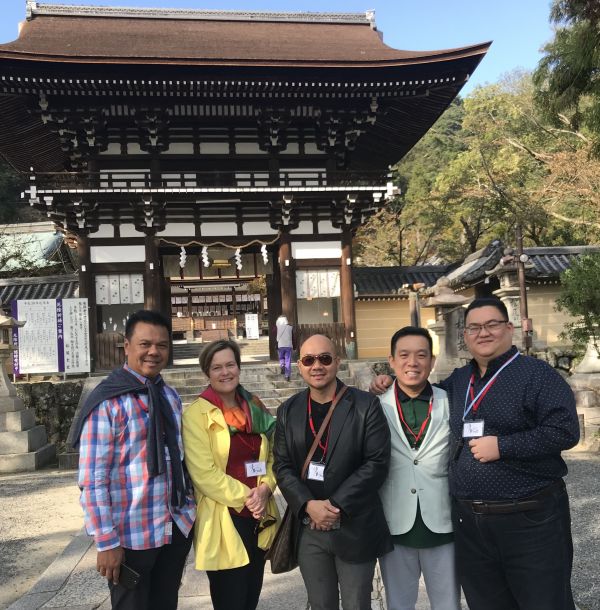 At the temple with presidents from Thailand, Indonesia, Singapore and Malaysia 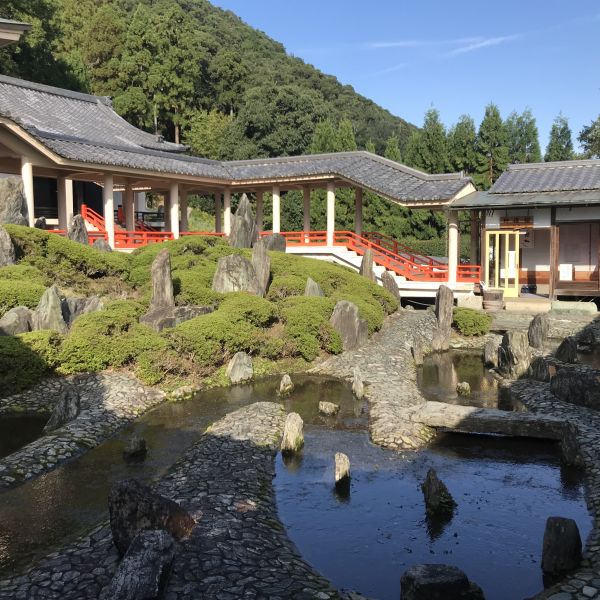 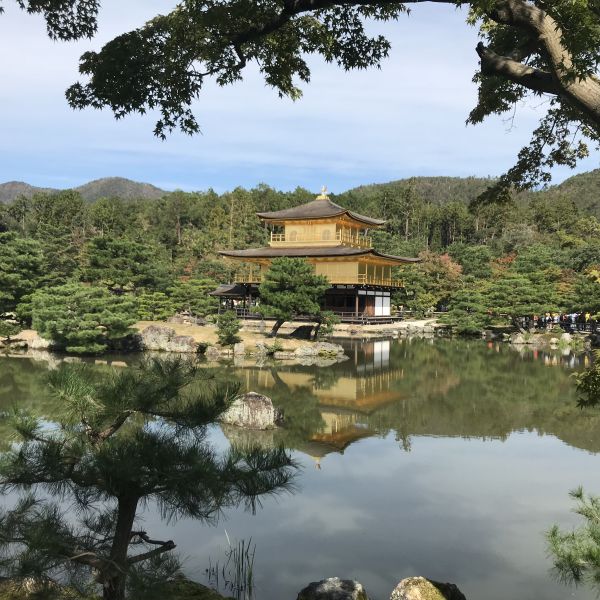 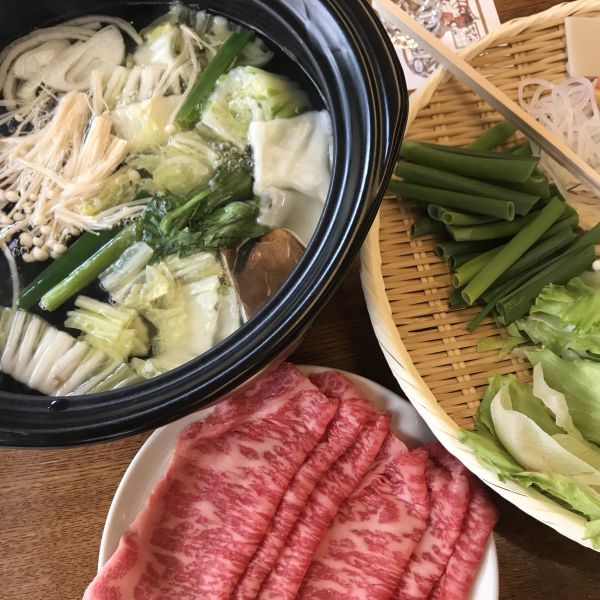 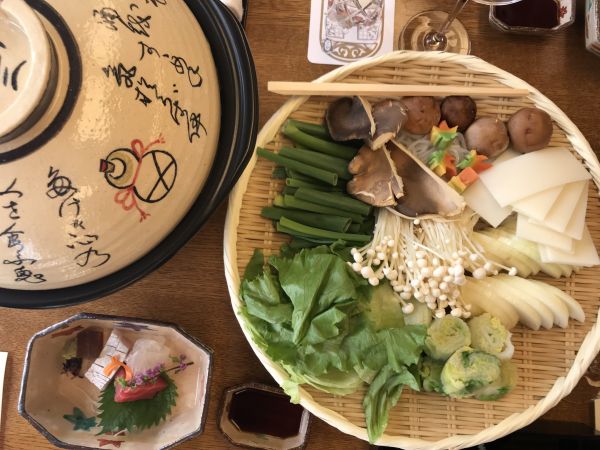 This meal included a diverse selection of local Japanese wines including an orange wine made from Koshu grapes. 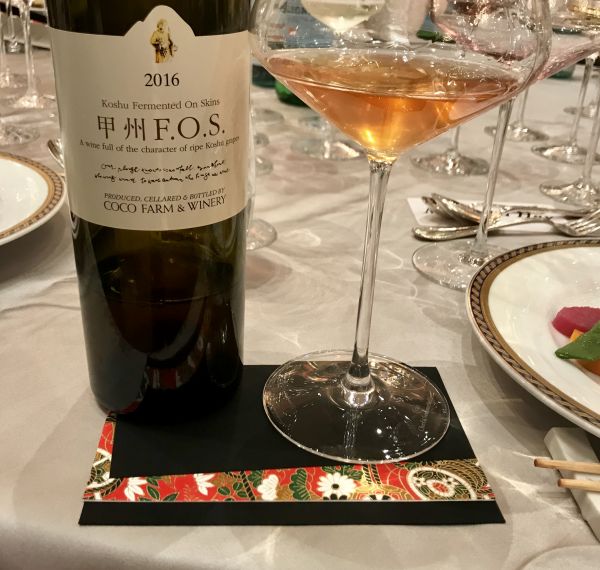 Two of our former NZ School of Food and Wine professional wine students, Satoshi Amano (2014) and Fuminori Ono (2015) have both had periods working at Coco Farm. It has a unique story. In 1969, COCOROMI GAKUEN was founded as a residential facility for intellectually handicapped people. In 1984 Coco Farm residents producted their first wine. The property had grown with more vines being planted including Koshu, Norton (r), Chardonnay, Tannat (r), Petit Manseng (w) Dai Ichi Gakushou (red hybrid from Japan). They make sweet, dry and sparkling wines.

Currently there are about 150 people who are involved in COCO’s wine making, supported by wine makers in Japan and around the world.https://www.cocowine.com/contents/english

Three competitors made it to the final round. 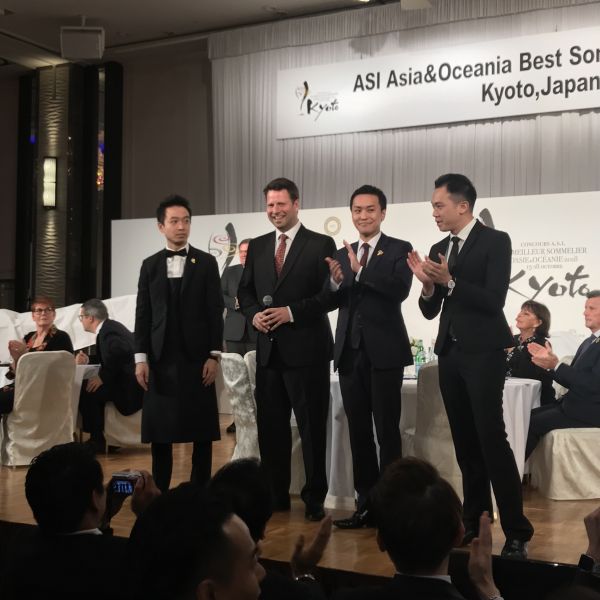 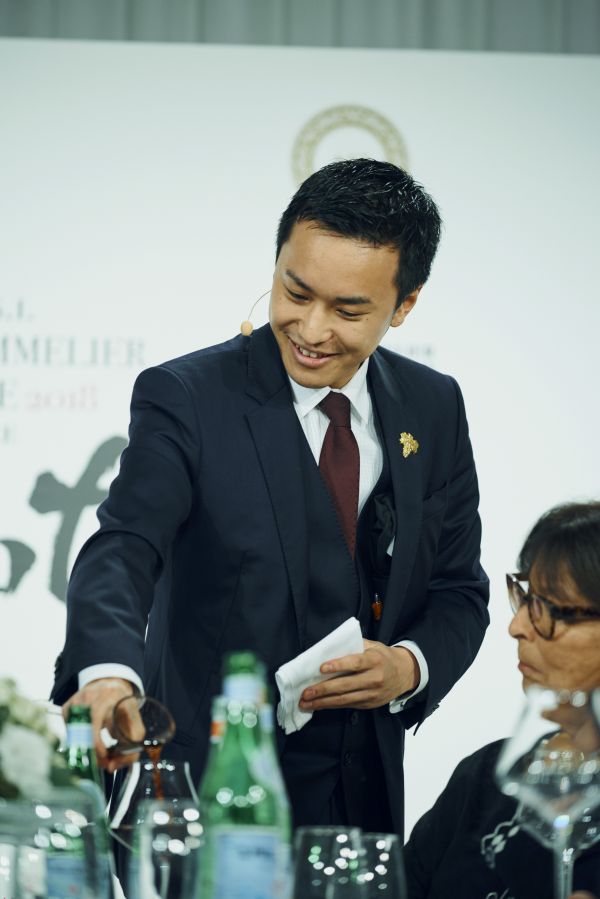 Japanese sommelier Wataru Iwata pours wine from the decanter for the judges in the finale of the contest.

Presentation of Certificates by Yuko and Shin Kibayashi 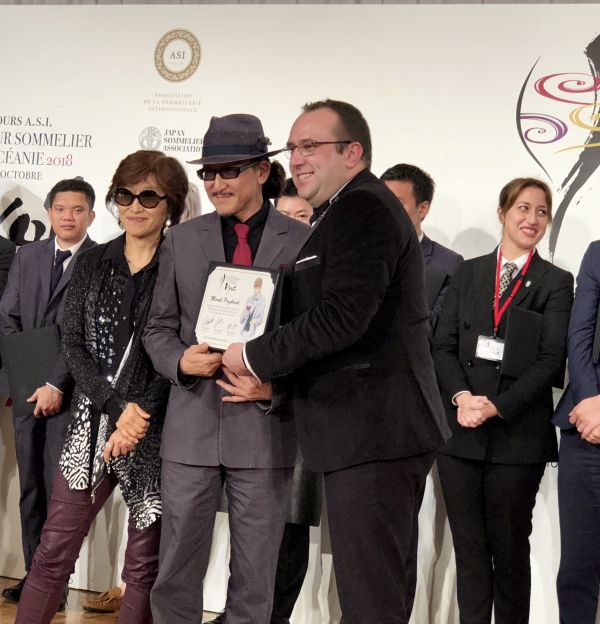 Yuko and Shin Kibayashi, the creators of the famous manga, The drops of god, presented all 24 candidates with a personalised certificate at Best sommelier of Asia & Oceania competition. Kibayashi are credited for helping to grow interest in wine across Asia through their enormously popular series.#anime #manga #asisomms #asiasiaoceania2018 #dropsofgod 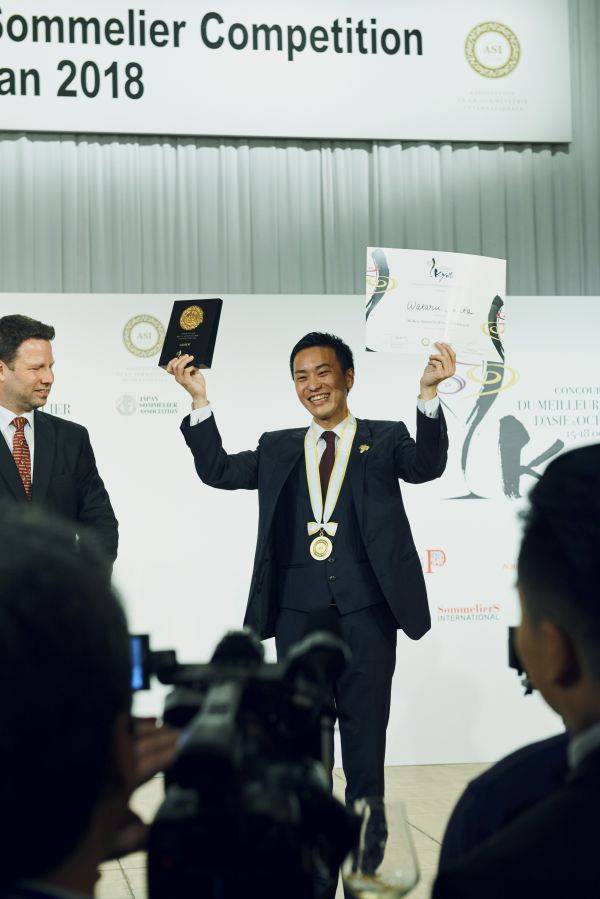 Wataru Iwata from Japan is announced as the winner. Wataru told me later that he spent three years in NZ first studying English and then working as a chef at Renkon in Ponsonby. During this time he started to discover wine and would visit the Brakjovich estate at Kumeu River, Maison Vauron and taste as much wine as he could. He now credits his time in New Zealand as starting his love of wine!