Congratulations to New Zealand Sommelier Maciej Zimny along with his team won the One Belt One Road Sommelier Summit Competition in Ningxia. 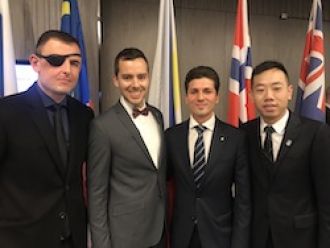 The Inaugural One Belt One Road International Sommelier Summit and Competition has concluded Ningxia. The event was organised by Tommy Lam with sponsorship from the Ningxia Hui Autonomous Government with 24 international sommeliers and country presidents invited to attend. The 24 sommeliers where then placed randomly into eight groups with each group being lead by a local Chinese champion. The event started on Friday 7 September with each group of sommeliers visiting separate cities of China. New Zealand’s representative, Maciej Zimny, from Noble Rot Wine Bar in Wellington and winner of 2015 New Zealand Sommelier of the Year was in group seven along with Salvatore Salerno from Italy, Carl Villeneuve Lepage from Canada and Arneis Wu from Restaurant L’Atelier de Joel Robuchon in Shanghai as leader.

Maciej’s group first visited Guangzhou and then went to Shanghai were they were hosted by those cities and given the opportunity to taste some Chinese wines from Ningxia but also to experience some of the tourist highlights. Other groups went to other cities including Nanjing, Shenzhen and Wuhan. On Sept 11, all groups arrived in Yinchuan, the capital city of Ningxia and joined the country presidents for three days of competition including the Greater China Young Sommelier (groups of three) Competition, Ningxia wine summit forum and the International sommelier competition where the eight groups of sommeliers competed together. 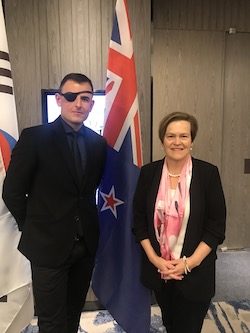 The competition commenced with a short examination on Ningxia’s Helan Mountain East Foothill and its seven sub-regions. The groups then were tasked to perform four separate sommelier activities: Wine and Food Pairing recommendations, find faults in a wine list, recommend aperitifs and decant a bottle of the famous Silver Height’s Summit Cabernet Merlot blend in 4 minutes. Each group selected one of its members to do each task. 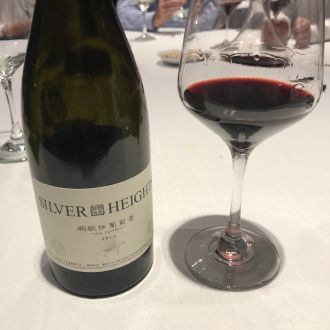 The three groups with the highest scores then went to final competitions which was held on a stage with an audience dominated by junior sommeliers. The final saw the three groups each work as team based on the scenario that they were in a restaurant with three tables each with new tasks. The guests of the first table, with head judge Annemarie Foidl from Austria, were wanting aperitif recommendations and you can see the video of Maciej as he performed this task for the judges. 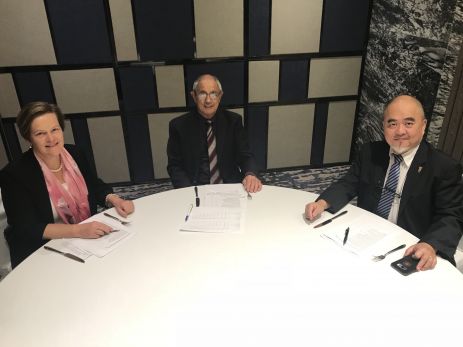 The next table was led by Court of Master Sommelier founder, Brian K Julyan and Michelle McCarthyfrom Canada and here the task was to decant wine and discuss aspects of the wine. 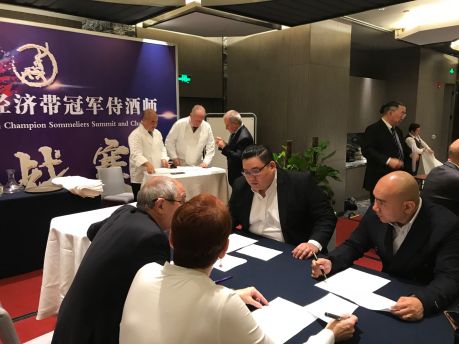 The third table lead by Giuseppe Vaccarini from Italy, with myself, was to gain a beverage pairing recommendation for a menu that included New Zealand charcoal lamb chop. Following this, the final task was to pour a magnum of Chandon Rosé, produced by Moet & Chandon in the Ningxia region. 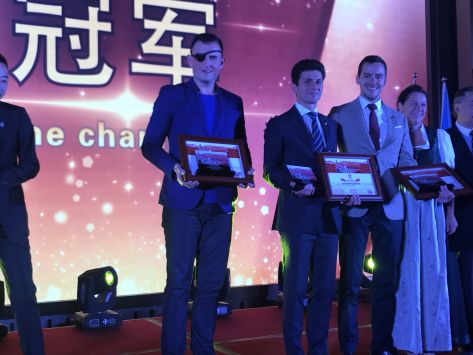 The winners were then announced at a gala party with dancing and entertainment. And the great news is that Maciej’s team won! Well done Maciej Salvatore Salerno from Italy, Carl Villeneuve Lepage from Canada and Arneis Wu from China. 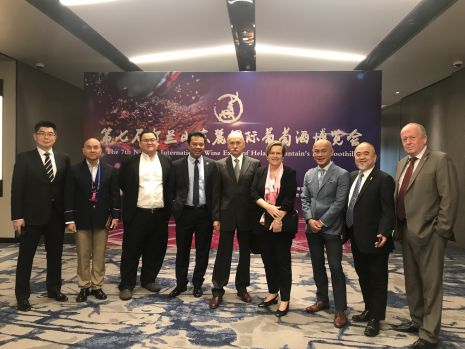 Presidents wait for the competition to start.