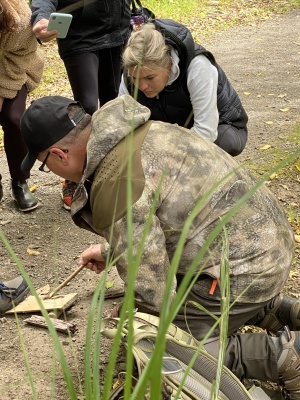 On a windy, October day, we ventured to Auckland Domain with Riki Bennett to learn more about Mahinga Kai and traditional Māori food sources.

Riki retold the Māori legend of Maul and Mahuika (Māori fire deity) while demonstrating traditional fire-making techniques. He used the wood of Māhoe (Whiteywood) that he rubbed together to create sparks which in turn ignited a flame. Riki explained how five trees hold the ability to make fire: Māhoe, the Tōtara, the Patete, the Pukatea and Kaikōmako.

How Maui brought fire to the world

...Mahuika (a Māori fire deity) had lost much of her power, but still she was not giving up. She took her very last toenail and threw it at Māui in anger. The toenail of fire missed Māui and flew into the trees, planting itself in the Māhoe tree, the Tōtara, the Patete, the Pukatea, and the Kaikōmako trees. These trees cherished and held onto the fire of Mahuika, considering it a great gift.

When Māui returned to his village he didn't bring back fire as the villagers had expected. Instead he brought back dry wood from the Kaikōmako tree and showed them how to rub the dry sticks together forming friction which would eventually start a fire. The villagers were very happy to be able to cook their food once more and to have the warmth of their fires at night to comfort them. Click here to read more. 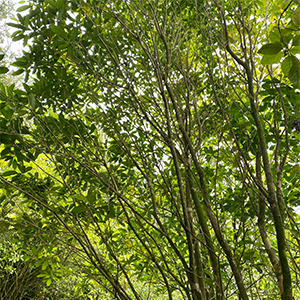 Māhoe or whiteywood is endemic to New Zealand. Māhoe is easily recognisable with its thin trunks and leaves and grows up to 10 meters. It is prolific and often forms the understory of regenerating bush around the country. 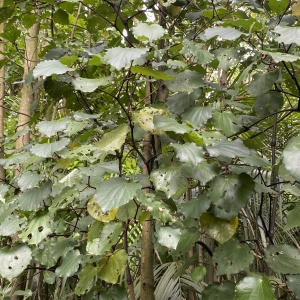 Kawakawa's distinctive heart-shaped leaves is one of the easiest local shrubs to identify. Often know as the pepper tree, the holes that you see are made by caterpillars and Riki tells us that this means the plant is healthy.

Riki like to make a kawakawa tea by infusing the leaves in hot water. It has a refreshing light green capsicum flavour and tingle of peppery burn. 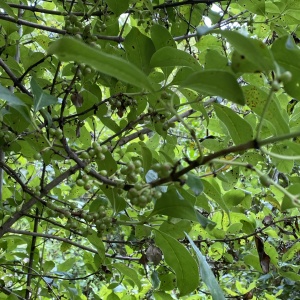 Karamū or Coproasma Robusta is a leafy shrub with glossy leaves and can be found around New Zealand. It is related to the coffee plant. Here we can see the unripe green berries and once ripe will turn red / orange in colour. They are edible. 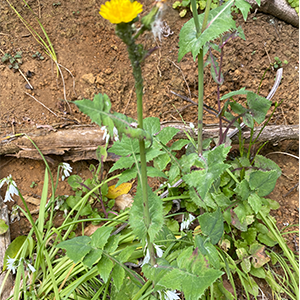 Both smooth and prickly Puha or sow thistle is a common weed that can be eaten raw or steamed as a green vegetable. It has a hollow stem with a milky juice when cut. Puha is native to Europe, North Africa and West Asia.

Before cooking, the leaves and stems are often rubbed together in your hands to help tenderise them. 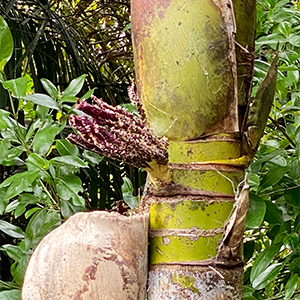 The Nīkau palm is New Zealand's only native palm species and easily recognisable around the coastlines of the North Island and north of the South Island. It produces clusters of tiny mauve-pink flowers just below the bulb of the leaf bases. The seeds are edible.  The nikau fruit forms hard berries that take about a year to ripen and are a favourite of native birds especially the pigeon, kererū.

The base of a new leave shoot (rito) is also edible, tasting a little of waterchestnut with a texture of pinenuts. Taking the new shoots from a mature nīkau  can kill the tree so these need to be taken with care from young plants. Nīkau is slow-growing and botanists believe that it may take 200 years to reach 10 meters. The rings around the trunk are an indication of age. 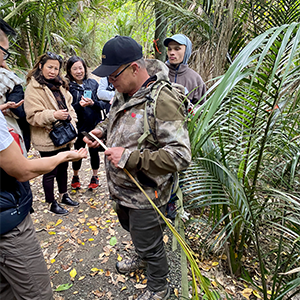 Riki Bennett with a Nīkau leaf shoot from an immature palm.  He cuts the rito, young flesh of the base, for us to sample. Read more about Nīkau here. 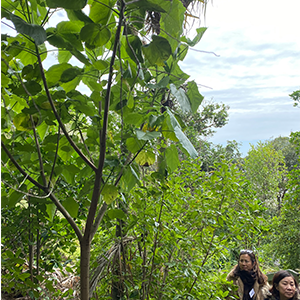 Whau is a small tree with light wood that would often be used for floats on fishing nets.

We then returned to NZ School of Food and Wine for a detailed presentation on the native plants and trees including Riki's performance using traditional flutes. In our balcony, smoking and steaming away was the Kai cooker, packed full of our Pigeon Bay lamb, Pork belly and Kumara. 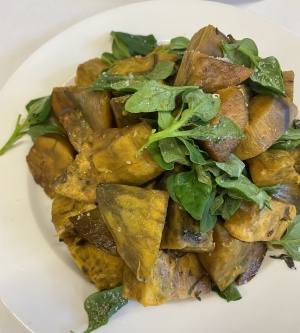 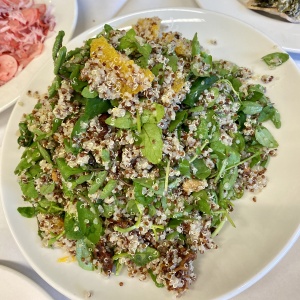 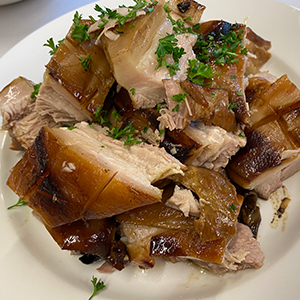 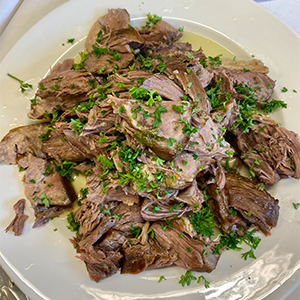 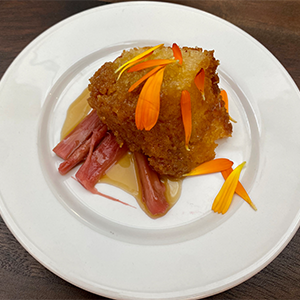 Our Level 5 Diploma students planned, developed and designed a menu of contemporary bistro dishes that could be served in an Auckland restaurant.

Counting down to Christmas

On a windy, October day, we ventured to Auckland Domain with Riki Bennett to learn more about Mahinga Kai and traditional Māori food sources.

Foodography merges food, photography and art And you can have a go using your phone.