The Natural Wines of Georgia and the Qvevri

Today, as Georgia stakes its claim to carry the mantle as the cradle of wine, a culture renaissance and economic transformation is taking place. With over 500 indigenous grapes and the method of production, known as qvevri: the extraording clay vessel that is concealed in the ground and covered by sand, Georgia has something unique and distinctive to offer the enthusiast.

In June, I was fortunate to visit Georgia for the General Assembly of the ASI Association of Sommeliers International and to present New Zealand's creditentials for membership. 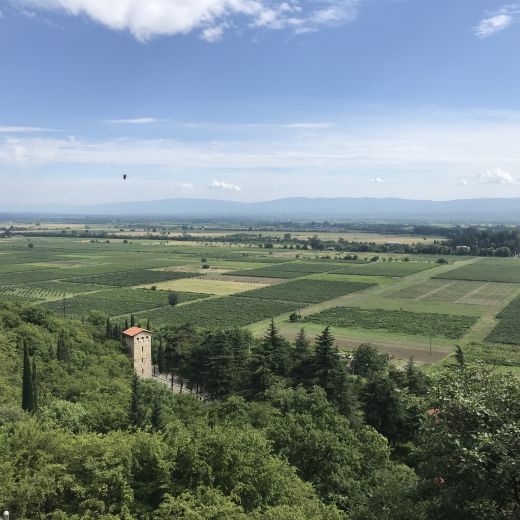 A highlight of my visit has been to fertile plain of the Alazani Valley of Kakheti province in the Southern Causasus. 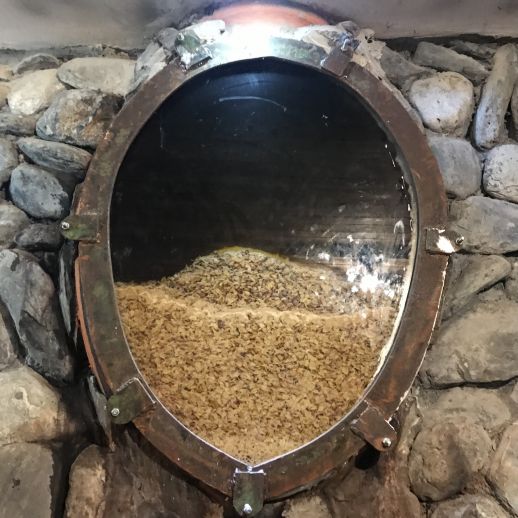 View inside the qvevri with the skins and pips of the white grapes settled in the bottom. The clear white/amber wine rests above. 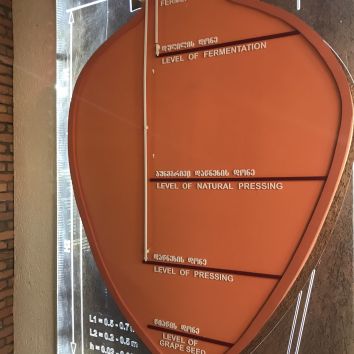 This photo shows the internal levels for the fermentation and extraction process of the qvevri. 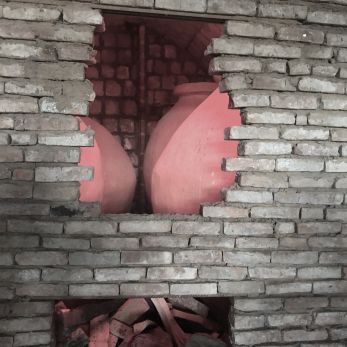 The oven/kiln where the qvevri are fired. Once firing has started, which can takes over a week, the qvevri master (Meqvevre) does not sleep. He is listening to hear how the fire is singing.

It takes 50 – 60 days for the qvevri master (Meqvevre) to build 6 – 8 qvevri whose sizes range from 10 litres to 3,000 litres. The clay is specially selected, dried and then combined with river sand and pure water from local streams. Qvevri are not made in a mould but by patting the moist clay in a way that builds this shape using wet towels, mulberry bark and ropes. Qvevri need to be left for another 40 -60 days to dry naturally before being placed in the kiln/oven.
The fire gradually builds in intensity over the first 3-4 days. Smoke is an important component to flavour the qvevri.

Over the next 10 days the heat is built up until the master is satisfied and then the fire is put out. The inside of the cooled qvevri is then candled with beeswax and the exterior is coated in a lime mixture. Both components provide additional strength and antiseptic properties. 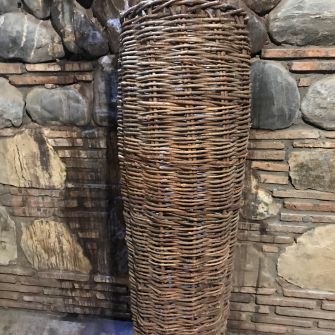 Wine cuttings create a basket filter to help with extraction. 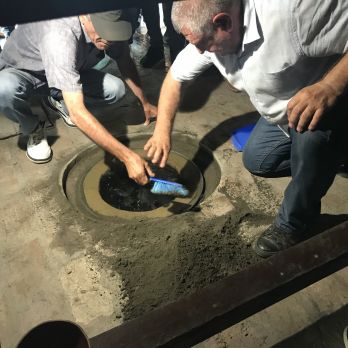 Scraping the sand away before the opening of the qvevri after the white wine has spent 6 months on its skins. 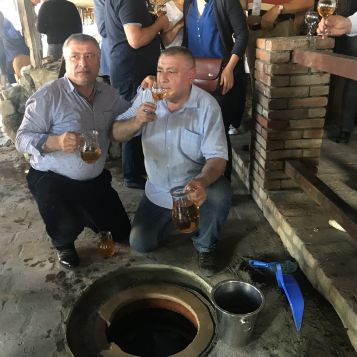 The amber wine is served. 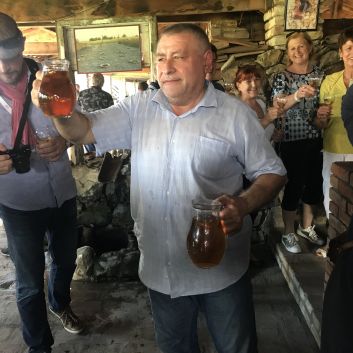 Gia and Gela are twins and the winemakers — at ტყუპების ღვინის მარანი / Twins Wine Cellar. 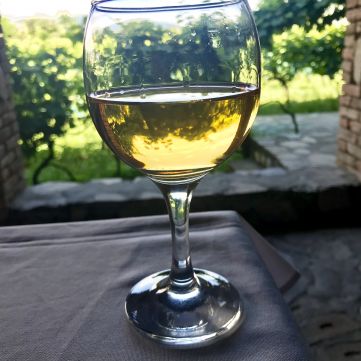 Georgian culture is strong and distinctive and the production and consumption of wine is intrinsic to this country. Music and dance form another important aspect. Polyphony is when a melody is harmonised in at least two or three independent strands often at intervals of a 4th, 5th or octave above the tonic. In Georgia, this vocal tradition is considered one of the earliest developed in the Christian world and while visiting Georgia, we were treated us to a number of performances.

We also learnt that at the supra, the traditional Georgian feast, they will never drink without a toast and in fact often there are a series of at least 7 toasts. Historically the series of toasts were regarded as demonstration of cultural value and important to maintain unique identity of Georgia especially when surrounded by enemies. 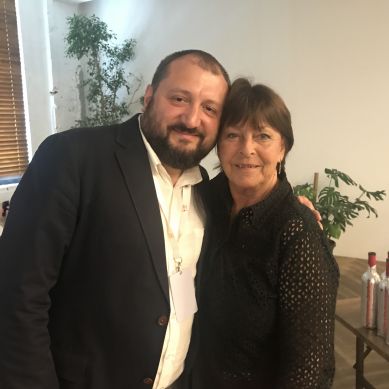 The head of the table (Tamada) will raise a glass and then everyone follows. Often, the first toast is for Peace; to protect us and praise God; Toast two is to our Parents; Toast three is to our Brothers and Sisters; Toast 4 is Respect for those who have passed away, our ancestors and those who are missed; Toast 5 for Children; Toast 6 acknowledges important people, Guests are from God; Toast 7 may include Love or the Late Guest and on it goes.

And as a primer on Georgia wine and culture, prior to our visit, we should all have read Alice Feiring ’s For the Love of Wine – my odyssey through the world’s most ancient wine culture.

Georgia has had a turbulent history over millennia and has suffered centuries of invasion, occupation and domination from powerful empires on all sides. To the east, the Mongol invasion in the 14th century, to the west, the Ottomans, to the south the Persians and to the north the Russia Empire in the 19th century followed by the Red Army Bolsheviks invasion of 1922. Finally in 1991, Georgia started the process of rebuilding but it was not easy and took the Rose Revolution of 2003 to cement a more democratic system of government. And wine has been fundamental to their survival.

Today, Georgia is flourishing and we experienced just best of Georgian hospitality, wines and cuisine. It has been a real treat and thank you to everyone who has given us this opportunity to visit especially Shalva Khetsuriani. 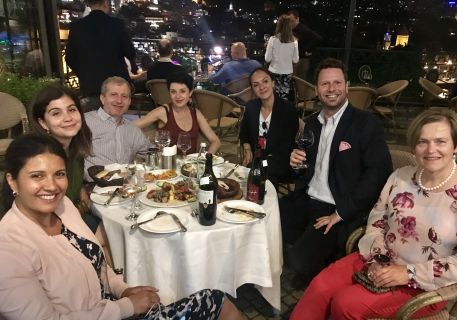 And, what a time, we have had in Georgia. Lots of new friends, new knowledge, delicious dinners, intriguing wines and a new respect for this small Orthodox Christian country of 4 million people that lies between the Black Sea and the Caspian Sea and to the south of the mighty Caucasus Mountains.