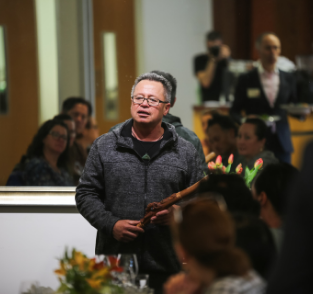 To Māori mahinga kai or food gathering was a natural part of contributing to the table, working within the seasons and what food resources were on offer from the natural environment, either native or introduced, this is still the case today.

For Māori, seasonal changes were recognised by environmental indicators such as the appearance of certain stars and the flowering or seeding  of plant species or the arrival or depature of migratory birds.

One of our first plant indicators to herald the beginning of the change of seasons from hōtoke (winter) to kōanga (spring) is the appearance of the white flowering   kohunga – Brachyglottis kirkii var.kirkii, which normally grows as an epiphytic plant. 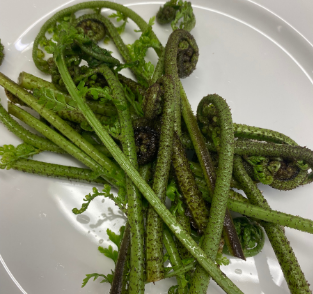 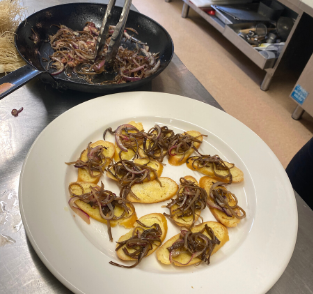 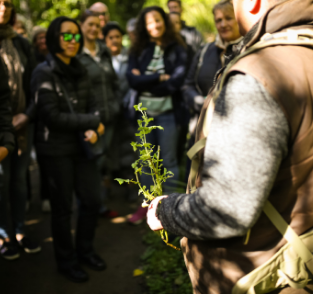 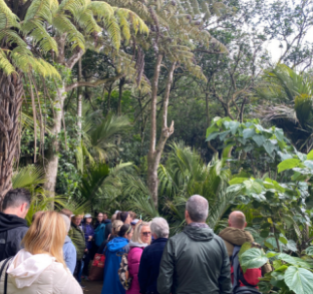 At the Auckland Domain. 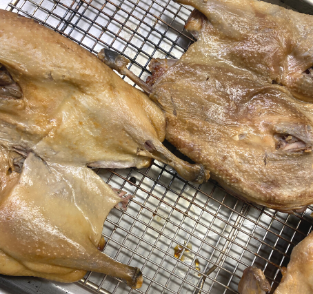 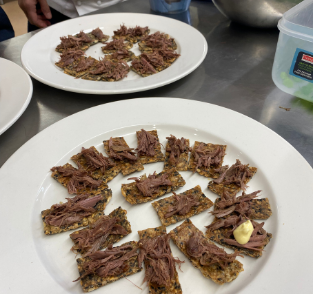 Plating of Titi on seed crackers. 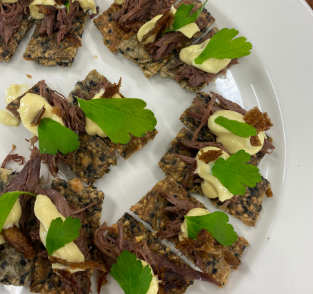 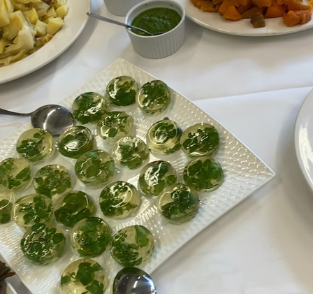 Sauvignon blanc jelly with watercress and Salsa Verde of fresh Puha and Spinach.