The vibrant wine culture in Argentina has enabled it to host the ASI Association of Sommeliers International's Best Sommelier in the World. In my new role as founding Chairperson of the New Zealand Sommeliers and Wine Professionals Association, I was invited to attend and bring a New Zealand Sommelier to compete in this global event. This follows on from the Asia Oceania competition in Hong Kong last November. As many of you will know, we are only just forming the association, so we were invited as 'observers'.

Mike Bancks, from Craggy Range, joined me to enter the New Zealand competitor. He was runner up in NZ Sommelier competition 2015, but had previously won this competition. Mike, along with NZ Sommelier of the Year 2015, Maciej Zimny, competed in the Asia Oceania competition in Hong Kong last November with their airfares sponsored by the Hospitality Training Trust. One of the numerous challenges that the competitors have to face is to be able to compete in another language. Mike’s mother is French so he is fluent in French and spent three years working at the Michelin 3 star of chef Michel Guerard, Les Pres d' Eugenie.

There were 61 candidates from 58 countries, the largest competition ever run. Below is a photo of the competitors. 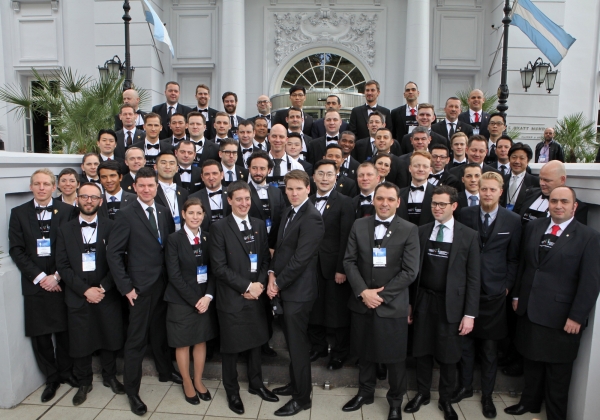 The first day of the competition consisted of 90 minute tasting and written exam. Following this the competitors had to present and open a bottle of Champagne. The photo below is of Mike Bancks presenting Champagne to the judges. 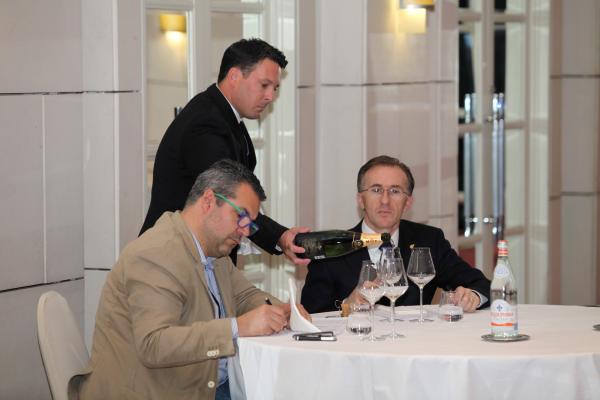 From this day 15 semi finalists were announced.

This included 5 from Scandinavia, Denmark, Norway, two from Sweden, Norway and Heidi Makinen from Finland.

The local favourite Paz Levinson from Argentina was also in the list along with three other women – Julie Lepouy-Youngfrom Ireland and Elise Lambert  from Canada and Heidi Makinen from Finland. In a competition traditionally dominated by men, having four women in the semi final was a major achievement. 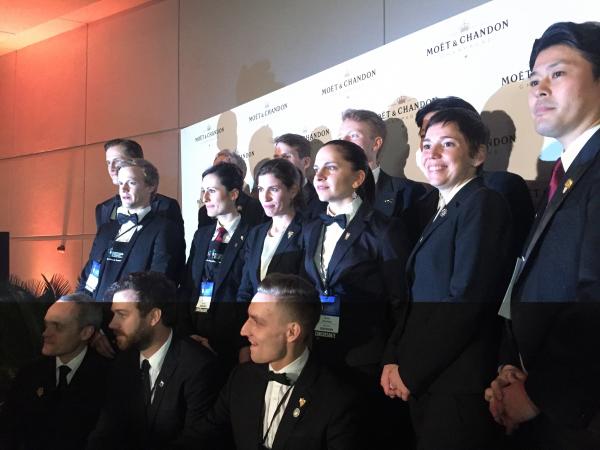 Photo: Semifinalist are announced at Moet and Chandon Reception

Day two of the competition commenced with an exam and blind tasting of 6 beverages. The competitors them had to take part in five different scenarios.

Task one was a blind tasting of two wines with the candidates giving a verbal description of the wine to the judges. in 4 minutes… In another room task two focused on two different scenarios based on food and wine pairing where the candidate need to convince the judge of the wisdom of their choice. They could taste the dish of salmon…and had two wines one white (Sauvignon Blanc) and red (Pinot Noir) to recommend. In …minutes the candidate would taste the wines, determine what they were and then explain their choice of wine to two judges sitting at a table. Once this was done, the judges then told the candidate they preferred the other wine and asked how their preferred combination could work. 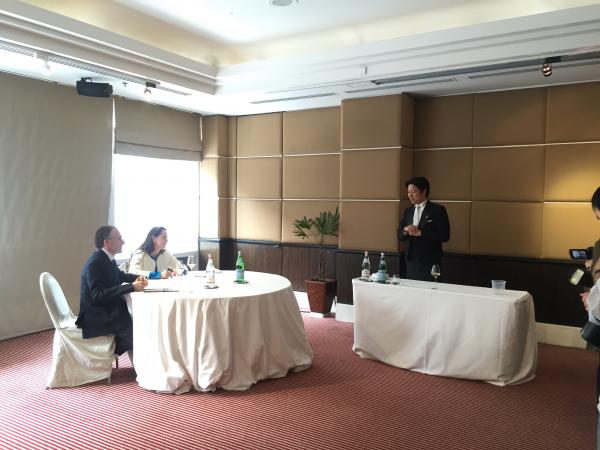 Task three was a scenario where the sommelier had to advise on a wine for a function. On the table was one wine they had to taste blind and then advise where and how it could be used in the function. To answer the question, the sommelier also need to ask questions of the judges to understand their requirements. In this case it was the 20th anniversary of a family business. The wine was a fino sherry, dry and oxidative and not the easiest wine to pair or offer at a party...

In another room the judges asked the sommelier to recommend a Port but they wanted to have by the glass however none of the Ports were listed as available by they glass.  The choice was a Vintage 2000,  LBV 2009 or Tawny 10 year old port. The sommelier needed to recommend (but not open) and explain their choice and how they could justify this choice and the opening of the Port.  Answered varied from 'We have a Coravin', to 'Perhaps you will like the Port so much that you take the whole bottle...' to 'The restaurant is busy tonight so I am sure we can serve the balance of the bottle and if not I am sure that our staff would like to drink this later...' They had 4 minutes to complete this task. 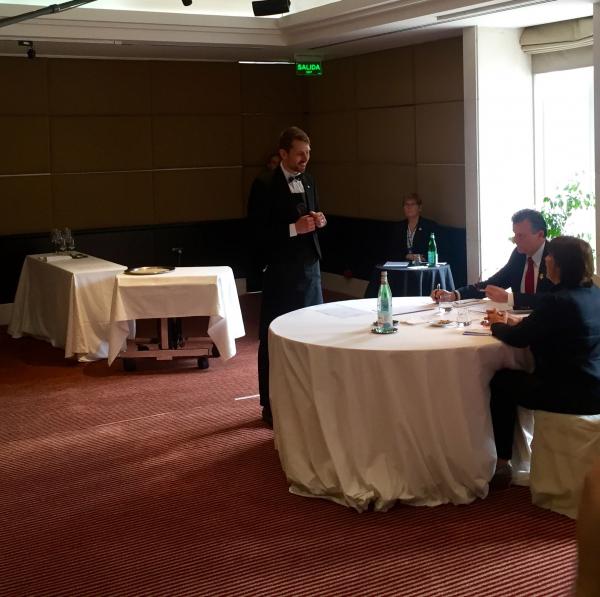 Here is a link to a short video I took of Arvid Rosengren presenting a fortified Malbec to the judges. Avrid went on to win the competition.

Task five was a scenario  where the sommelier had to give ideas for group of 40s winelovers coming to Mendoza who wanted to taste some local wine and cuisine.The competitors then had to wait 36 hours to find out who were the three finalists.

During this time we visited various vineyards in Mendoza Province travelling south from Mendoza city to the famed Uco Valley, transformed from a desert of an ancient glacier to pockets of irrigated vineyards thriving at an altitude of over 1100 metres. We visited Clos de los Siete, a project of famed French flying wine-maker Michel Rolland and three other Bordeaux chateaux. From there we went to the new winery of Bodegas Zuccardi and on for tastings and dinner at Rutini arriving back at the hotel after 11pm. 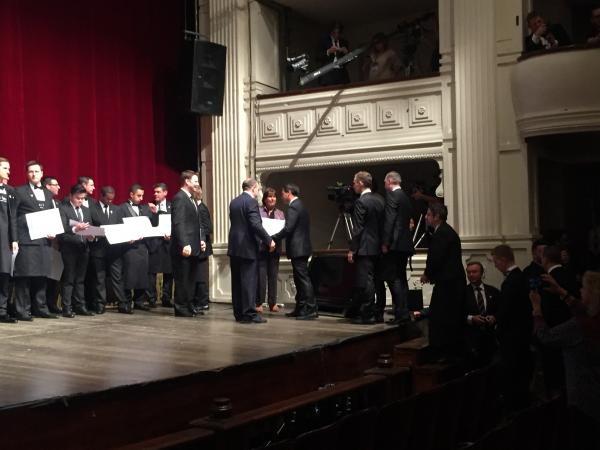 On day four we had a regional tasting of Mendoza wines and at 4pm all the competitors were called on stage to receive their certificate and following this three finalists were announced: Avrid Rosen from Sweden but living and working in NYC, …David Biraud from France and Julie Lepouy-Young working at the Greenhouse Restaurant in Dublin.

The final was as much a test of endurance as it was of their ability as a sommelier as entertainer in front of an audience of 500 people. Twelve tasks with lots of twists and tricks to test their confidence under pressure. The finalists had to remain unruffled and professional while at the same time show a charming personality and engage with their 'customers' who were the judges. Their poise and body language was just as important as being able to think quickly on their feet. 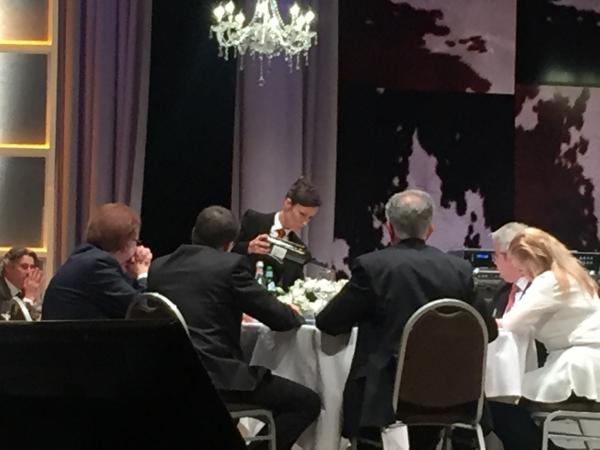 A cliff-hanging conclusion to the #‎bestworldsomm competition. 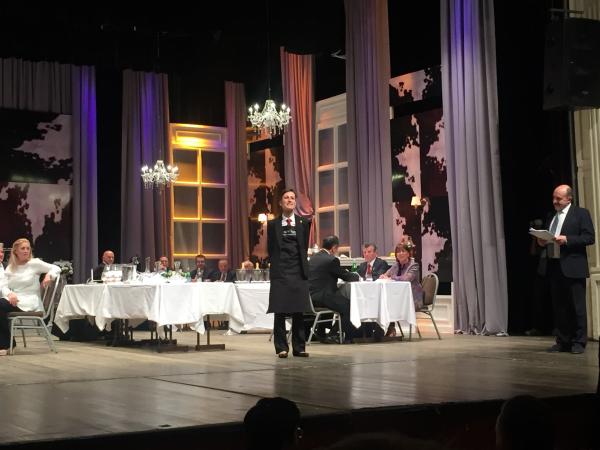 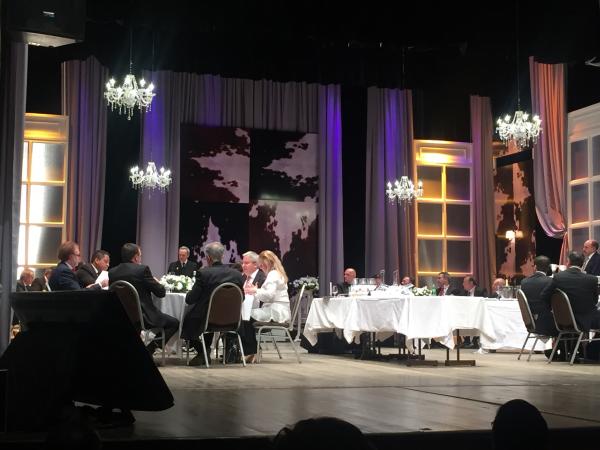